I'M INSURED AGAINST EVERYTHING EXCEPT THE COST OF INSURANCE 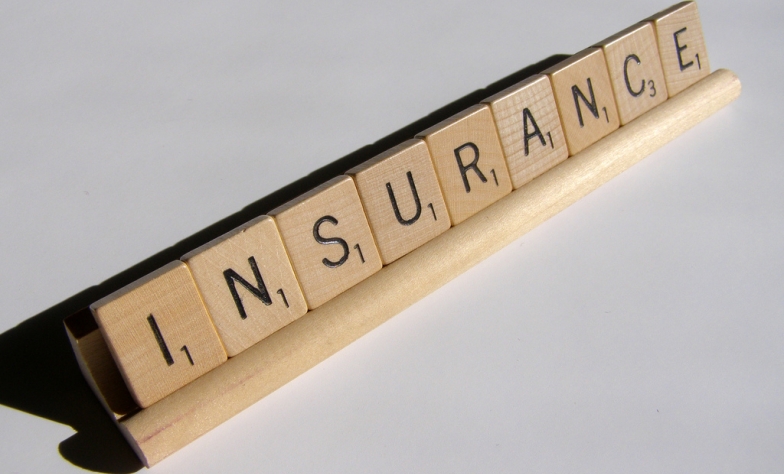 The world is forcing me to think about insurance right now.

My husband is about to turn 26 at the start of next year, meaning that he will no longer be able to receive coverage on his parents’ health insurance. And his work doesn’t offer insurance or any benefits, but I have health insurance through my employer. So when the open enrollment period starts, I’ll need to switch from single coverage -- which has cost me about $100 a month -- to couple's coverage, which will cost about $300 a month.

Seriously, why does it cost three times as much to insure two people as it does to insure one?

And it recently occurred to me that I am head over heels in love with my cat Pipsqueak. Before getting him I always kind of figured that as a pet owner you’d have a limit on how much you’d be willing to spend on medical care for an animal. I mean, it’s just an animal, right?

Haha yeah, no. I definitely did not realize that I could have my entire heart stolen by a cat. He has such an enormous and distinct personality! He’s not just a creature -- he’s like a whole little person who loves me and needs me. I have woken up in the night in a panic because his breathing sounded congested. If he was hurting, I would do everything in my power to help him. And that means… pet insurance. Because I’d rather pay $17.97 a month than have to deal with the choice between giving him multi-thousand dollar care that I can’t afford, or letting him hurt or even die.

Also at the start of this month, I made my lump sum payment of $533 dollars out of the insurance fund to cover my family’s two cars for the next six months. In six months I’ll have to pay it again, plus $136 for renters insurance for the year. These are numbers that I have negotiated down, but they still hurt.

So in the next year I will pay over FIVE THOUSAND DOLLARS to insure my life, my husband’s life, our cars, our home, and our cat. More than four hundred dollars a month! Ugh!

Do you know what I could do with an extra $400 a month? That money could go to the vacation fund, or to retirement. We could use it to pay off our car loans earlier or to save for a downpayment on a house. And instead I’m paying it to the Bank of Just In Case. This is what sucks about insurance -- it’s only valuable if something goes terribly wrong in your life. Maybe next year I’ll need no doctor’s visits, no vet visits, I’ll have no car accidents and our apartment will be safe and sound. I’ll have paid $5,000 to giant corporations for nothing!

And then there's the constant question of how much to pay versus how much risk to take on. Pay more per month for a low deductible? Great if you end up using it a bunch. Crap if you don't. Pay less per month for a high deductible? Sounds great until you need to use the damn thing and then goodbye emergency fund! It's just one big stressful gamble!

We now interrupt this broadcast to bring you a Check Your Privilege Face Punch™.

First of all, I am so lucky to have employer sponsored health care. I shopped around online and found that even the highest deductible / lowest benefit plans on the health care exchange cost more than what I’ll be paying to insure myself and my husband. Also we are so lucky that we’ve been able to insure him through his family this long -- thanks Obama!

Second of all, my husband and I make the choice to own two cars. Insuring them is a small price to pay for getting to have easy commutes on our own schedules.

Third of all, we don’t own a house, so we get to pay a mere $136 a year to insure our home instead of $600 - $1,000 a year if we owned. Also we don’t need life insurance as we have no children and each of us could manage financially if the other passed away. So honestly I’m not paying that much compared to most people.

Fourth of all, have you seen how freaking cute my cat is???

And last of all, I’ll be thanking the gods above if something does go terribly wrong and I end up making insurance claims. You hear every day about people ending up with hundreds of thousands of dollars of debt because of accidents, natural disasters, illnesses or just plain bad luck. I’m so lucky to have the option to pay for insurance. It means I have things in my life worth protecting, and the funds to spare -- even if it hurts like a bitch to spare them.