DO YOU NEED THE MONEY? 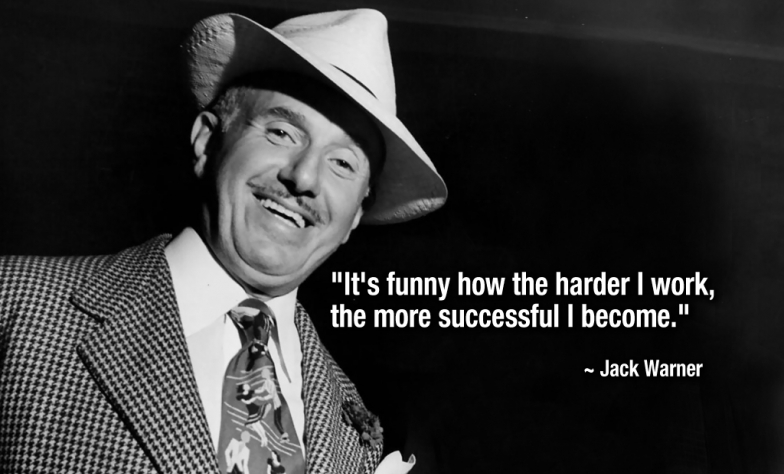 A few weeks ago, I was having lunch with a friend who I don’t get to see very often. He asked what I had been up to and I mentioned that I was blogging, and taking on lots of gigs and side hustles. He mentioned that he had seen my blog post about finding jobs on Craigslist.

He went quiet for a moment. He then said gently, “Do you need the money?”

I didn’t quite know how to respond, so he clarified, “Does your company not pay you enough? If you got a raise, would you stop taking on all the extra work?”

Let’s break it down. What is a need? Did he mean something from the bottom of Maslow’s hierarchy of needs, asking if I’m using the income from these side gigs to provide myself with physiological necessities such as food and shelter?

Maybe. Maybe he was concerned that I was receiving so little pay from my fulltime job that I needed to take on extra work just to put food on the table. We certainly hear stories all the time of people who work full time but make minimum wage and can’t even make rent despite the hours they work. This is a horrible situation and one that could drive someone to take on multiple jobs.

But this friend knows my life well enough to know that I’m not in that situation. He knows where I live. We were out at a restaurant, treating ourselves to handmade crab rangoon and noodles. I had been the one to offer and make lunch plans. I picked him up in my car, dressed in professional work clothes.

So I don’t think that’s what he meant by “need.”

So maybe he was asking if I couldn’t keep up with my lifestyle. Maybe I’m trying to keep up with the Joneses, running up credit card debt and auto debt. Maybe I have a mountain of student loans with usurious interest rates. Maybe I’m in real trouble, and need the extra income to dig my way out.

That’s a possibility. Do you remember that commercial from way back when, where a guy is showing off his beautiful home, his pool, his new car, his riding mower, and then he asks, “How do I do it? I’m in debt up to my eyeballs…. Somebody help me.”

That commercial is 10 years old and it still kills me every time I watch it.

This is another, unfortunately common, story -- someone who is outwardly doing well, but secretly they’re financing their lifestyle entirely with debt. Someone in that situation could reach a breaking point that forces them to take on extra work to make payments. And I was once on that path. I got scared when I maxed out my credit cards, and that’s when I started budgeting and thinking about finance at all. So it’s very possible that he was asking me whether I was in real debt trouble. I think that’s a lot closer to what he was was getting at when he wanted to know why I was taking extra work. Maybe.

But, again, this friend knows me pretty well. He knows I rent a small apartment, that I bought a small, used car which I have now driven for more than three years and plan to drive until it falls apart. My clothes are professional but not expensive looking or even very new. He knows I write about personal finance, so I certainly am mindful about my spending. So unless I had overwhelming student loan debt or debt from a medical emergency, I didn’t give him much reason to suspect that I was like Stanley in the commercial.

I think he was really saying, “There must be something forcing you to take on this extra work, because you are a college educated, worldly, well-employed, white, childless person, and people in that situation don’t take on jobs that require them to wear a uniform.”

I don’t mean to say anything bad about my friend! He was noticing a real discrepancy between my behavior and the “usual” behavior of my demographic, and that made him worry that I was in a bad situation.

I recently read an amazing piece from one of the all-time great finance blogs, Financial Samurai, called “Are You too Proud to Be Rich?” He talks about how dedicated Uber drivers can make more money than Uber employees:

“I strongly believe people have been brainwashed into thinking that the only way to make a lot of money is to go to college and then perhaps graduate school, in order to secure a coveted job. It’s only just one of the ways!... I’m not too proud to give a couple drunk dudes a ride to the next bar for $15… You can run circles around people who think getting a full-time job is the only way to get rich. The internet has democratized access to capital, education, and opportunity. It’s up to you to develop the right money mindset to earn your fortune!”

The right money mindset. Now that’s what I’m talking about.

Work Is Not for Other People

So maybe I am a little weird, that I serve drinks or hand out samples when I also have a great job marketing enterprise software. But as my mother always told me, “When people tell you you’re weird, take it as a compliment.”

My mother is a teacher, and a damn good one. Right now she’s math coordinator for an entire school. She has a master’s degree and decades of experience. She’s won statewide teacher of the year awards. She has an amazing career.

And she always, always, has a second job. She’s worked in the restaurant industry as a waitress and bartender since she was a teenager. She leaves school, where she dresses in nice clothing, attends meetings, is consulted by administrators, and goes to a place where she wears a uniform, takes orders and gets her hands dirty.

Here’s the thing. My mom is debt free. She travels around the world. She helped me go to my dream college and is currently helping my younger sister pay for her degree as well. And she just bought a house three miles from her school with plans to pay it off before she retires.

It’s a mindset. By taking on part-time, physical work, she gets to live her life on a higher level than just “fine.”

Do I Need the Money

And I told my friend, “It’s not about needing the money. I want the money.”

I want choices. I want to expect more from myself. I want to look at my life and know that I worked hard, when I could, to make things I wanted happen faster. I’m not content to wait.

I want to travel and I want to invest. I want to have security in my finances and pay off my student loans. And I want it now.

I learned how to budget, so then the only other way to gain momentum is to increase my income. If I got a raise, I’d be grateful, and I’d put the extra toward my goals, and then still keep taking on side gigs to keep the train moving just that much faster.

The side work I take on, it’s not work that uses my degree. Sometimes I wear a uniform. Once I wore a bee costume. But I am grateful that those opportunities exist. I feel blessed to be able to take them on, to have the physical health and spare time to spend on work that people will pay for. Each gig gets me that much closer to financial freedom.